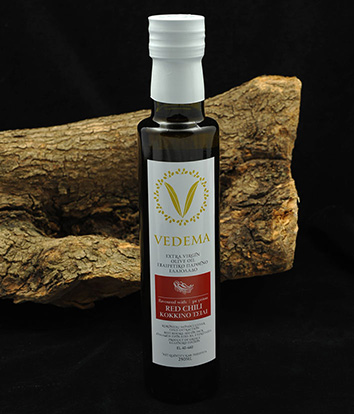 Chili peppers, (Capsicum annuum), are primarily used for culinary purposes as a spice added to various dishes and sauces, known for their hot flavour. Some of the most popular varieties of chili peppers are cayenne, jalapeno, habanero and serrano.

Chili oil is commonly used for flavouring in Chinese, Thai and Korean cuisine. Its deliciously fragrant, reddish orange infusion of chili peppers in an extra virgin olive oil base can make almost any boring dish prominent. It comes in handy when a plate requires a little more heat, a must-have dressing that adds a tone and flavouring to many Asian recipes.

Mourello is the brand that signs and introduces you to premium quality products of traditional farming from the well-known territory of Lasithi, Crete.